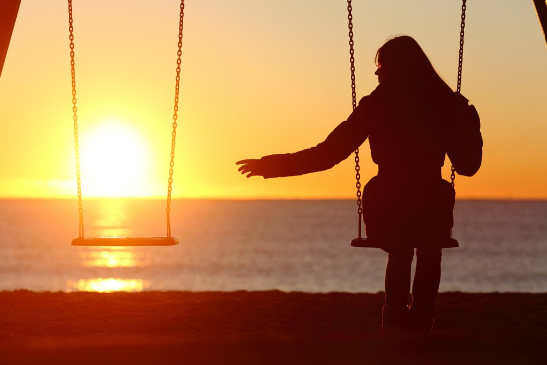 I met him when I was 16 and fresh out of high school. He had long hair, tattoos, and was 18. He was, just as this description might tell, a total “bad boy.” We dated on and off for a couple years then he, being a Virginia kid, went off to Richmond and I, being a Maryland kid, went off to Baltimore. Around this time, typical of young love, he made me mad and I blocked him on any social media platform I could.

Just before Labor Day, I got a call from a friend who asked if I was sitting down. “Brittni, he has cancer. He wanted to tell you but can’t get ahold of you. He wants you to visit him.”

On Labor Day, a few friends and I packed up and headed to Richmond. I remember the traffic was horrendous that day. It took about six hours to get there when it usually takes about three. I was so nervous. I walked into his hospital room unsure what I might see and how I might react. At that point, I was 18 and he was 19. How could my obsessed-with-a-healthy-lifestyle-only-19-year-old-ex be sick? What kind of punishment was this? I felt lost. Unsure of life and questioning its beauty.

As soon as I got to the hospital, he asked to speak to me alone. Everyone else left the room. A window at my back, him in front of me in his hospital bed, he told me he was in love with me and that he was sorry. I remember the tears that fell down my face. I can still feel their warmth. I felt scared that I would lose him. That this sickness would overtake him. But I made a promise to myself and him that I would not go anywhere. That I was by his side and we would see it through, together.

And we did. He went into remission. Our relationship continued to grow until, one day, it didn’t fit anymore. He moved on, and I moved on, only seeing one another a few times as the years passed.

Fast forward a few years, I found myself fresh out of a terrible relationship and wondering how he was doing. So, I reached out only to find myself in the same place I was in just four years before. I remember the somberness and lightness in his voice as he said, “you always seem to come around when I’m sick.”

His cancer had returned. He was sick again. About a month later I stayed with him at the hospital and it was the most heart wrenching, difficult few days of my life as I teetered between crying and being in love when at the doorstep, death was felt. One night he said “please stop crying, I’m not afraid of death anymore. It’s inevitable you know.” And I begged him to not think such awful things. I told him he would pull through and things would be fine again. He smiled at me like he had already talked to God and knew his fate.

About a year later, he died. It was a Tuesday when I got the message and deep down, I knew the message was coming even before it actually came.

This was seven years ago now and I have learned so much about myself, what love is, and about living since then.

Right after he died, I shut down. I didn’t eat, I didn’t sleep, I dated all the wrong guys, I barely showed up for work, and I said “no” to any invitation thrown my way. I stopped living. I died.

It was a few months after his death that I woke up one day. Like, I really WOKE up. What was I doing? Why was I pretending I died when I was the one still alive? So, I changed my attitude. I started to say “yes” to any experience that came my way. Concerts, friends, family, traveling, anything I could do, I did.

I now look back on those last few days with him in the hospital fondly. He was prepping me, in a way. Reminding me that death does not have to be so sad. He had lived his life – travelled as much as he could, loved as hard as he could, spent quality time with friends and family. In his 25 years on earth, he experienced more than most people do by the time they’re 75.

This experience, though one of the hardest I’ve ever been through, brought me so much life and love. The group of people he loved are now my best friends – my “ride or die tribe.” His death shattered me, but it also forced me to remember that life does go on after death. It’s hard to believe, but it does. Beauty is all around you. You just have to be willing to look for it.

Brittni Barcase is a Health Educator at Jewish Community Services.

Jewish Community Services (JCS) provides programs and services for people of all ages and backgrounds, helping them achieve their goals, enhance their wellbeing, and maximize their independence. To learn more, visit jcsbalt.org or 410-466-9200.

The Mental Well, an initiative of JCS, is an online community for young adults, created by young adults, who are navigating the highs and lows that accompany their 20s and 30s. To learn more, visit thementalwellblog.org or email thementalwell@jcsbaltimore.org.