Eligible individuals are those Jewish Survivors who lived in Western and Eastern Europe (including parts of the former Soviet Union) during World War II, and who suffered from Nazi persecution because they were Jewish.

In addition to those who spent time in concentration camps, those eligible for assistance include individuals who were evacuated from their homes and displaced during the War years. Jewish persons displaced in the former Soviet Union because of war-related events are also included in this eligible population.

Eligibility is based on criteria established by the Claims Conference and Jewish Community Services.

Individuals persecuted as a Jew by the Nazis or their allies in the form of living in hiding or under false identity, living in a ghetto or a camp, performing forced labor, forced to wear a yellow star, or to flee their home to escape Nazi persecution may be eligible for individual compensation through various reparation programs.

Holocaust survivors have the opportunity to gather virtually for social and cultural activities, musical programs, and more. Weekly programs are planned by a group of active club members and are supported, in part, by the Claims Conference. 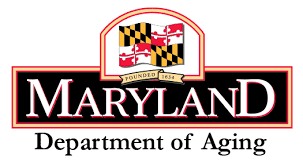 If you are interested in learning more about our aging and caregiving programs, call 410-466-9200 or click below.