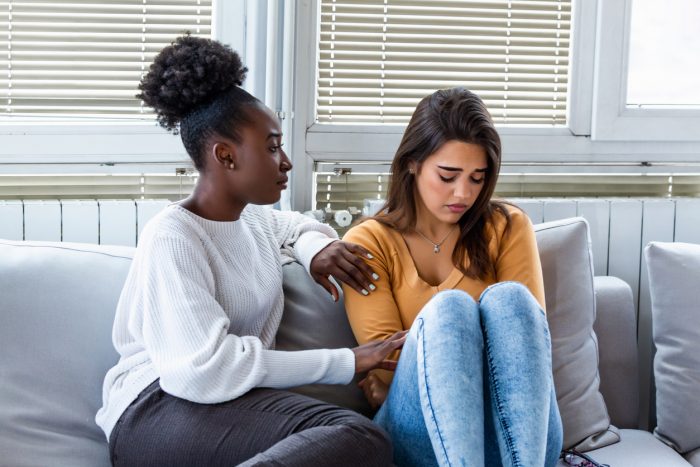 Teen Suicide: Is Someone You Know at Risk?

In the past two weeks, two 16-year olds in two different Bethesda high schools have died. The cause of their death – suicide.

Suicide.  The very word elicits a visceral reaction of shock and pain.  To hear about a teen suicide begs the heartbreaking questions: Why did he or she do it?  Could something have been done to prevent it?

Teen suicide is the third leading cause of death for people ages 10 to 24, according to the Centers for Disease Control and Prevention. In Maryland, it is the second leading cause of death for students between the ages of 10 and 14. Thousands of teenagers die by suicide every year, and for each one who dies, about 25 more have made an attempt. The number of teens who contemplate suicide is even higher, bringing the subject close to home for tens of thousands of teens and their families.

Many teens say the reason for their suicide attempt was to run away from a situation that seemed impossible to deal with or to free themselves from painful thoughts and emotions.  Their goal is not death for the sake of dying, but rather death as a means to escape that which they cannot handle.  The thoughts and emotions that lead to the decision of suicide can be hurt, rejection, loss, anger, shame, guilt, worry about disappointing someone, fear of being a burden to others, or feeling like no one loves or cares about them.  The pervasiveness of social media doesn’t help.  It only sets the scene for dangerous activities like cyberbullying, which makes things even worse.

Knowing the warning signs may help friends and family recognize that someone they care about is struggling.  Some warning signs from kidshealth.org and save.org include:

If you recognize a warning sign in a teen friend or family member, or just have a gut feeling that something isn’t right, take it seriously.  Talk to the teen and don’t dance around the subject, be direct about your concerns, then listen to what he or she has to say. Show you genuinely want to help.  Share a message of hope for the future.  Most importantly, help them get help.  If someone tells you about a suicide plan, call 911 immediately before they can leave and carry it out.

Suicide hotlines can help struggling teens and the people who are worried about them.

If you are wondering what you can do to be proactive, encourage your school or community organization to offer suicide prevention education.  JCS provides       age-appropriate programs for children from elementary through high school.  JCS Health Educators created a series of programs in response to 13 Reasons Why, the popular Netflix show that details the story of a teenager who died by suicide and left behind audio recordings explaining why she did it.  The interactive JCS programs explore some of the high-risk factors for suicide like rape, relationship abuse, bullying, drinking, and drug abuse.  Teens learn coping skills, self-advocacy lessons, and self-esteem pointers, with the end goal of building resiliency and understanding that nothing is permanent or so bad that it can’t be fixed or dealt with in some way.

We must provide our teens with ways to bounce back from devastation. We must all do our part to help communicate to our teens that there is hope for the future.  That’s what we want them to take away — no matter what, there is always hope.

Because children don’t come with an instruction manual, JCS offers a variety of programs, services, education and support for parents and families with children of all ages. Click here or call 410-466-9200 to learn more.

Ahuva Radzyner, LGSW, is a therapist at Jewish Community Services.