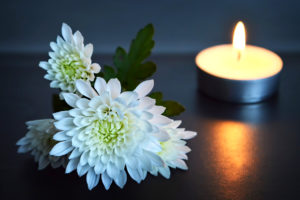 The Misconception about Grief

If someone had asked me four years ago how I would react if I found my mother on the floor after an accidental alcohol overdose, I would have told them that I would hyperventilate, scream or cry hysterically. But that’s not what happened. When I found my mother lying motionless next to her bed that early morning in June of 2013, I just froze. I woke my father who was asleep in the next room and then called an ambulance. And if someone had asked me that morning how I would feel four years later, I probably would have told them that I would be living in deep, anguishing mourning. But that’s not what happened either.

Yesterday marked the fourth anniversary of my mother’s death. It almost feels weird to call it an anniversary. In my mind, anniversaries are associated with happy celebrations like a wedding anniversary or a job anniversary. When it comes to remembering my mother on the day she passed away, I always thought the rule was that I should mourn and express my sadness, and if I didn’t or if I couldn’t, then I was somehow dishonoring her memory. I thought if I wasn’t sobbing on the floor then that meant I didn’t miss her or even worse – I was moving on without her.

Yesterday I planned to fall apart, thinking that’s what I was supposed to do; but I didn’t and instead of feeling guilty about it, I began challenging this notion that I should be feeling any particular way.

As I began to reflect, I realized how much my grief has changed throughout the years. In the beginning, once it sank in that my mother was really gone, I had countless moments of immense sorrow, anger, resentment, and continuous questioning of why something so horrific happened. But in this third year of my journey through grief, a new path presented itself to me and I realized I had a choice to make: I could continue down the path of sadness, refusing to let any of my pain go, believing that was the best way to honor my mother’s memory; or I could explore this new, unknown territory. I decided to muster up my courage and wander down this new path.

The question I had to answer was, “What do I desire most in this moment of my life?” The quiet but ever present voice within responded quite succinctly, “I desire joy and freedom.” And it dawned on me – what if this was another way to grieve? What if I decided constant sadness wasn’t working for me anymore or perhaps more so, that it was no longer serving me in a healthy way?

Judy Tatelbaum writes, “A misconception is that if we truly loved someone, we will never finish with our grief, as if continued sorrow is a testimonial to our love.” I had lived by this misconception for years, believing sadness was the only proof of my profound love for my mother. But now, I am creating a new testimonial. I want to make searching for joy and freedom my way of connecting with my mother. And this doesn’t mean that I don’t expect minutes or hours or even days of sadness to pay me occasional visits – I actually hope they do as sadness is a vital part of being alive and a necessary emotion. What I mean, rather, is that I don’t want to live in the sadness simply because I think it is the only way to keep my mother alive, and truthfully, I don’t think she would want that either.

When it comes to grief, perhaps it all comes back to what feels right to us on a personal level, despite what the world may tell us. The truth is whether we’re grieving the loss of a life, a relationship, a job, or a past version of ourselves, we are allowed to express our sadness as well as our joy. Grief doesn’t have to equate to us keeled over on the floor, demanding explanations to life’s ugliest tragedies. It can also be the image of us taking a stroll along the water, mindfully inhaling and exhaling, remembering and celebrating in gratitude a life that is forever imprinted on our hearts. 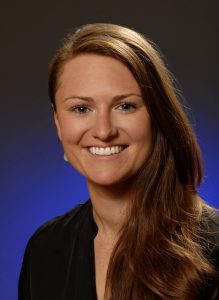 The Mental Well, an initiative of JCS, is an online community for young adults, created by young adults, who are navigating the highs and lows that accompany their 20s and 30s. To learn more, visit thementalwellblog.org or email thementalwell@jcsbaltimore.org.

JCS is a comprehensive human services organization providing a broad range of services that meet the diverse, multi-dimensional needs of individuals and families throughout Central Maryland. To learn more, visit jcsbalt.org or call 410-466-9200.